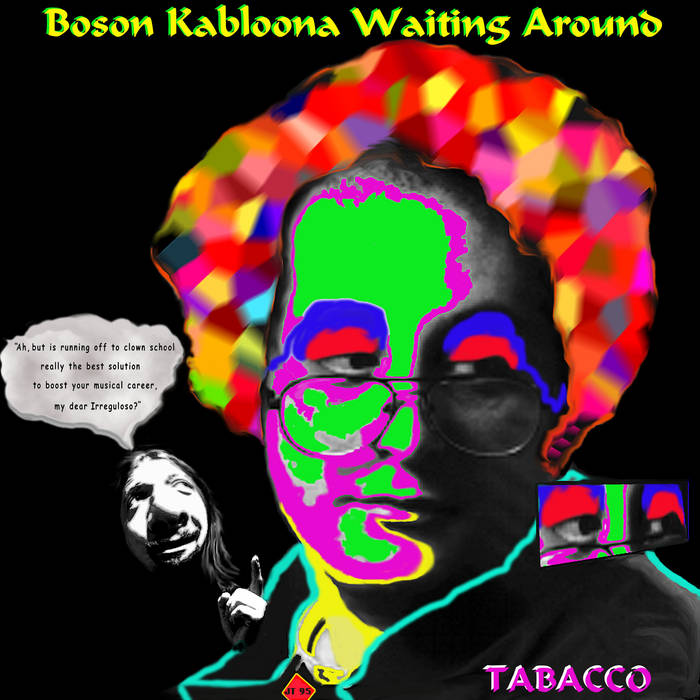 The music on this CD was recorded at 21 Walnut Avenue, in a home studio commonly known in this area (Stony Brook, NY) as Sonic Underground Studios. This collection is dedicated to anyone who truly wishes to pursue a career in music. Good friggin’ luck.

All selections composed, engineered and mixed* by JT at Sonic Underground Studios 1994- 96
All titles published by It Iz What It Iz Music (SESAC) * * = unless otherwise indicated.
Edited and SA3 mastering by Bob Ball and JT
CD design and graphics © 1995 by Farbeen Fosfeen Art Werks
Original cover photo by Ed Muller

Who did what on this collection? :

Swingin’ From The Rafters • Donna Bach- Heitner = Harmonies and interjections

Too many garbage bags... • Excerpts from “Ape Talk”, an audio improv by 2 sweaty Italian guys in a vocal booth, = A. Pomes / JT