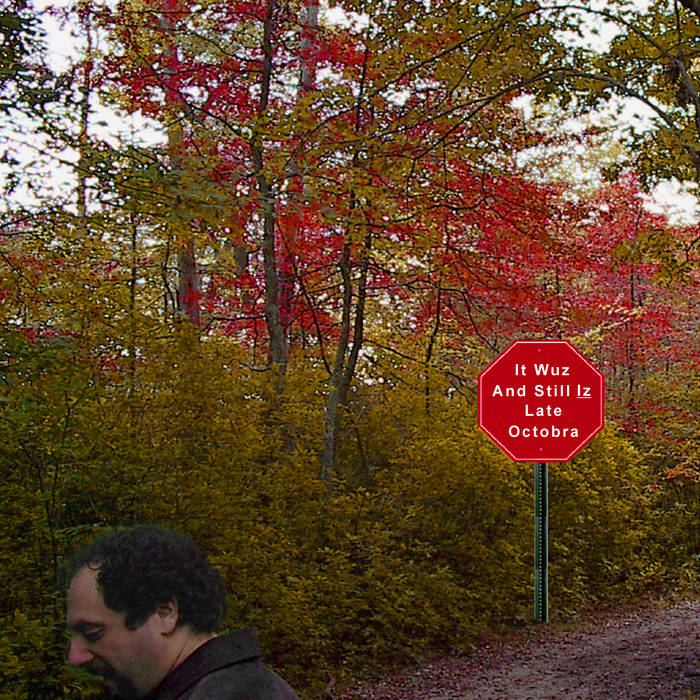 We all seem to be given a certain amount of time to play with as human beings on this planet. The question is : How do we spend this time? This is a question I’ve been aware of for the last 30 years. It’s a question that has governed most of my life choices (or what seems to be my choices - that’s still up for debate). I decided one day in 1975, downstairs in my old house in St. James, NY, after listening to Frank Zappa’s mini opera, Billy The Mountain, that the creation of music was what I wanted to do full time. Music moved me in a way like no other art. It pushed all the right buttons. If I could sustain this great feeling, life would surely be a wonderful experience. For the most part, I was right. Living in the ether where music and all art for that matter, is in constant invention/realization is a cool place to be. Time becomes meaningless and pain is certainly not an issue. Through a myriad of elaborate circumstances I have been able to sustain an existence (75% of the time) in this ether and it certainly has afforded me to realize many of my cheap musical visions. With the exception of a brief 9 to 5 job working at Pam Rent A Car from 1983-1986 I have done nothing else but revel in the world of music, while simultaneously dabbling in analog and digital art as well. However, now in my 40’s, I have begun to realize there are other aspects of living that I did not take into account; that I completely avoided. The results : A consistent body of musical work largely unknown to the public, a tremendous amount of debt, social retardation and often, a life filled with severe loneliness. Quite frankly, it is time for a change. As September, 2004 comes closer and my stay here at Sonic Underground Studios comes to an end, I am entertaining the option of moving to Hawaii and running a studio my old friend Chris Pati has taken over. I think this will be a good change of scenery for me and maybe some of my bigger dreams will finally have room to breathe and blossom. Maybe, I can start to fill in the blank spots I have neglected all these years and become more of a whole person. Who knows? Is it a coincidence 20 years ago I wrote a song (the first one I ever played live in front of an audience) called Gorgo Twain Has Gone Hawaiian? I don’t think so.

It Wuz And Still Iz Late Octobra is like all my work : a musical puzzle / diary. Musical references going as far back as The Akai Years (1979-84) and The 8 Track Years (1984-88) abound and brief thoughts on current events slip through the mouth. Alas, I’m just a semi-competent passive aggressive, conscientious objector type musician, who grew up in the 60’s and 70’s in Long island suburbia rehashing what has already been said more eloquently in the past. Nonetheless, I had fun coming up with this music and I certainly enjoy singing. I hope you ( the listener) finds something here you can dig (as self indulgent as it is).

Yes, it was and still iz late Octobra and I may never escape that, but that doesn’t necessarily mean I have to wallow in it full time for the rest of my life. There are other distractions that point to future vistas I can’t even imagine. Some of them, probably really cool. Thankfully, it’s anybody’s guess where we’re going... Or is it?
Gleepingly,
JT (6/19/04)

This collection was the last CD to be realized at 21 Walnut Ave. aka Sonic Underground Studios. It was completed in August 2004 just before I left to work at George Benson's studio in Lahina, Maui. Six of the tunes :
Seeking That Bitter Clown, I Can Crawl Again, Hitman From Hicksville, Now You're On The Inside. Chaos Is Calling, The Day I Died
were derived from these little demonstration tracks I was constructing for a possible recording client who had connections with SONY Music. That particular client dropped off the face of the Earth leaving me with all this unfinished music. So what else was an ambitious songwriter suppose to do? I completed them. It was easy.
At one the time, this was a two CD set, but the logistics of putting out a double CD was too complicated to deal with in the early days of digital distribution so I broke them up. It's sister disc "Rubber Solstice" came out a little while later. In fact, the Rubber Solstice tune "Why You Have To Be So Cruel?" was derived from these demo tracks as well as the "Eros Ebb & Flow" song "Love Me, Love Me Not". That song was presented to Nicole Placco to finish but she kind of let it slide. Two years later I played it for Susan DeVita who immediately knew what to do with it.
Once again proving that nothing goes to waste here in my musical universe.

Realized and fussed with by John Tabacco : Lyric-coloratura tenor, general programmer and instigator