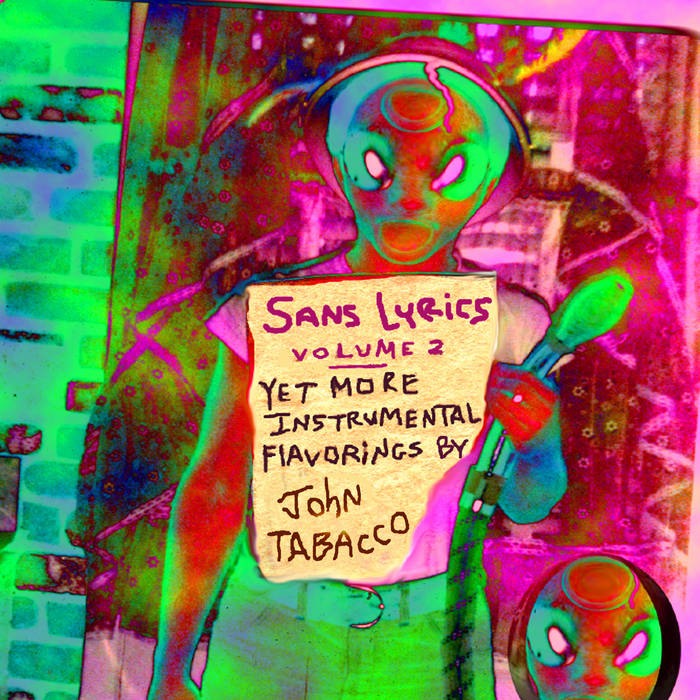 Sven B. Schreiber Like its siblings "Vol. 1" and "Vol. 3", this album raises a smile from fans of the early Frank Zappa works. It's a big surprise bag containing various pieces composed and recorded in different years, somewhere between 1985 and 2004, not fitting together particularly well, and sounding strange, odd, or weird. In other words: a freakin' awesome album! Favorite track: Reasonable House Mates.

This CD contains instrumental music for those individuals whose imagination goes beyond mere words and into the realm of enlightened cartoonery. There is also some serious music here with actual developmental type ideas. That would mostly be the last piece: Reasonable House Mates. This is a quintet featuring clarinet, vibes, piano, flute and bassoon. Each instrument represents a specific individual who I lived with at Sonic Underground Studios in Stony Brook NY from 1992 - 2004. The house mates in question are Gian DiMauro, Marci Geller, Paul Michael Barkan, Jim Dexter and myself. The work is broken into little sections that showcase each instrument and then the whole crew comes in for support. It took a while to construct but I think it comes off. The CD also features "Zeasoning" a mock guitar piece written for guitar virtuoso Mike Keneally and a brass piece called "Gunzel Pronce Rodentia" written for the Ed Palermo Big Band. Neither piece has been performed by the artists mentioned but I'm slowly working on it. The piece "Sperm Counting Music" was originally slated for the "Gateways" CD but it was not finished in time. It resides here with an off the cuff spoken word intro and outro by Gian DiMauro and myself. And if that weren’t enough, the most elaborate 8 track tape piece I ever realized is here as well : Eatingawaythesecondsinsidethethumbpinata. This work was created back in 1986, and it should have tipped off friends and family that this boy was clearly insane and headed for a rough musical career. Apparently nobody cared. The boy still forges on.