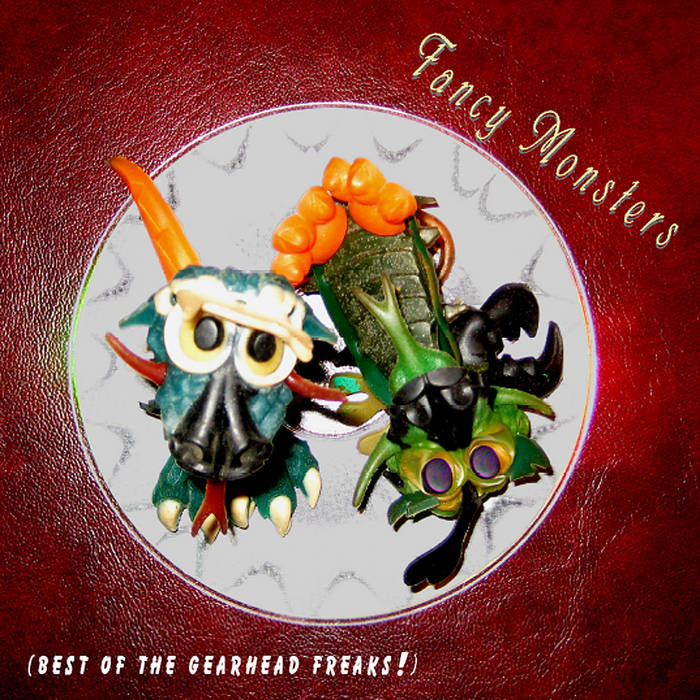 Gian DiMauro has a lot of cassette tapes from his childhood. And if you were to delve into the collection of tapes belonging to this half of the Gearhead Freaks you would find most of them to be compilations of music. Many different genres, flavors, styles all seemingly smash into one another, Frank Zappa segues into Steely Dan which then turns into XTC. Maybe it's the Beach Boys that precede a piece from the "Blade Runner" sound track. Or Maybe Monk comes after a Mary Poppins tune and Stravinsky.

"This is how I would like to put together an album - always a surprise to hear what comes next", he would say to himself.

Ironically, some of the songs on these early tapes were written by the other half of the Gearhead Freaks, John Tabacco.
John spent his formative years locked away for days at a time playing all the instruments on his first "sound on sound" efforts utilizing a little Akai 1/4 track reel to reel. Or maybe he was gurgling water while jumping up and down and screaming to get the right effect.
It's this kind of inventiveness, unpredictability and breadth that makes "Not a Pretty Picture" such a unique, fun and sometimes haunting experience.

Yes the album is eclectic.

Sure some of the songs have erratic themes like "Nacho Collector" or "Aluminum Pennies" while others are about aliens or unrequited love, but there is a commonality here.

Each piece is connected in text and texture. The sublime ("Simple Pleasures") gets juxtaposed with the simple ("Good-bye"). The touching ("Lazy Lyla") flows into silly ("Ordin1airely"). The fun ("Downtime") segues into the bittersweet ("Fantasies are Safer")...The more the listener immerses themselves in "Not a Pretty Picture", the more they can see how each song is simply part of a bigger picture. Rock, Jazz, Pop, Zydego, Samba, Parlor: it's all here somewhere and yet all of the pieces are connected coherently with a sound that is uniquely Gearhead Freaks.

Just like Gian's old tapes, it is unpredictable but one thing is for sure - "Not a Pretty Picture" provides tasty morsels for all.