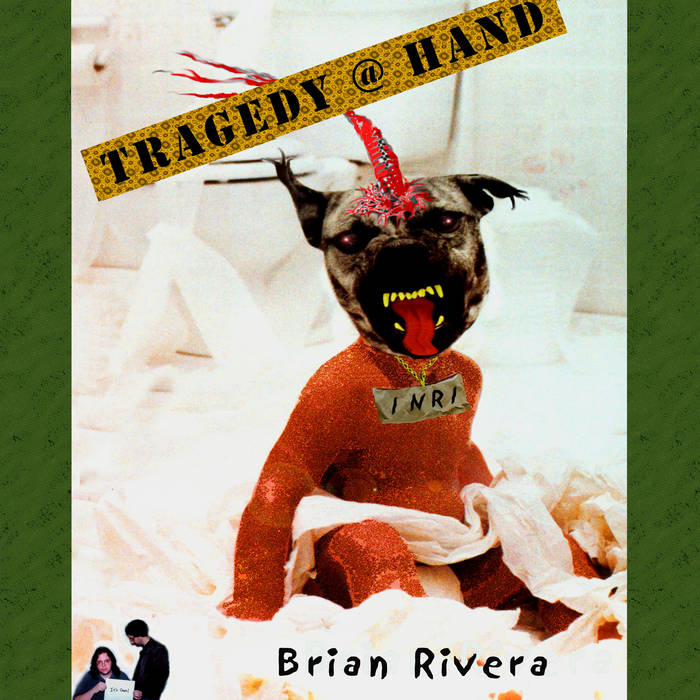 Brian Rivera covers a myriad of musical styles on this collection and he handles them with panache and precisioned passion. Why the hell not? As Brian was once quoted as saying (actually screaming with raw hamburger meat under his arm pits): "You're gonna freakin' die someday so you might as well get used to it and make the best of it assholes!"

This eclectic collection proves just that.

Even when Queen Elizabeth or Uncle Charlie are complaining in the mix Brian is there still riding on top of it all, confident, collective and hungry, singing through some very memorable melodic dishes.

Give this collection a run through. You'll see why "Baby's Chief Distraction" was number 1 on an Australian chart for over 200 weeks! Or hear the story of an unfortunate burn victim taking her losses and turning them in to a hip new dance step. Learn how to clean rabbits when that unexpected muffin boy comes to visit. It's all here waiting to infiltrate your memories.

Let's face it. Brian Rivera knows all about you. So it's probably in your best interest to buy this collection and hear the ugly truth.

Nick and I took a break from each other around 1987. We didn't write together for about 2 years. I went to work for Chris Pati at his 24 track studio in Huntington and Nick along with his brother and Paul Barkan set up a cosy midi studio in Stony Brook that I eventually would live in for a spell. When we did get back to write, it would be in collaboration with Chris Pati. The results: Our one and only Billboard Dance Hit: GO HOUSE YOURSELF, followed by a much more sophisticated commercial dance extravaganza : PUMP HOUSE.. Eventually Nick and I broke away from Chris and started to produce and engineer people like Jeneane Claps, Mike Crum and Jim Dexter to name a few. We also started the foundation for BRIAN RIVERA; the perfect vehicle for our varied musical interests and experiments. The 2 year break we had did us good. We both grew up in many positive ways.

Lots of bonus tracks : Produced and mixed by Nick DiMauro and John Tabacco except where indicated.