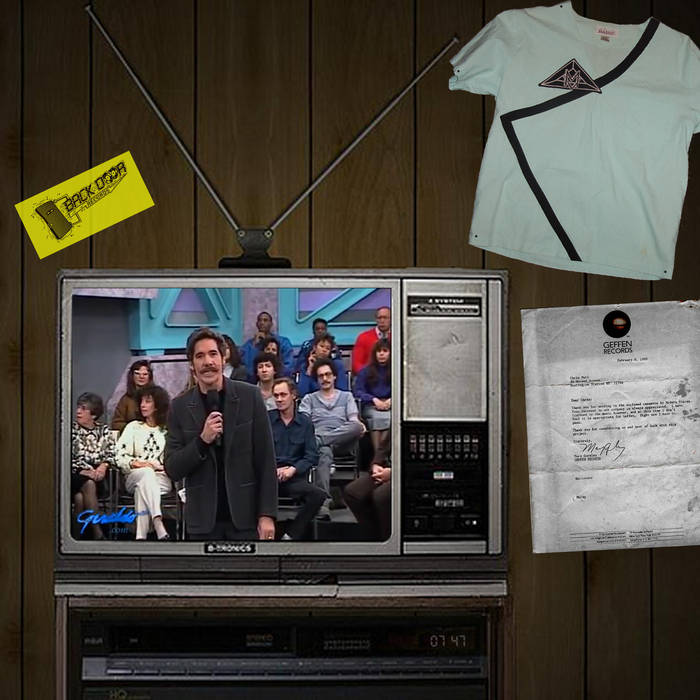 During this time, no longer with Sherry Waite, Chris had moved out of his Kings Park apartment. He took residence at a friend’s house in Asharoken which was closer to Backdoor Studios. It was here that Chris became involved with the researching of an old oil painting this friend’s mother had acquired many years back from her mother. (Unbeknownst to me this woman who had the painting knew my mother!) I remember Chris coming into the studio one morning, a big smile on his face like a little kid who just got a secret new toy wanting to tell me some unbelievable news. It was unbelievable. Basically, he told me that this woman had a rare Renaissance painting stashed away, painted by one of the four greatest artist of the 15th century, and that when she sells it she would give Chris enough money to build the kind of studio we had in mind when we were dealing with Yo. Our salvation would come from the 15th century! The artist in question was Antonio Correggio and the painting was entitled "Venus Disarming Cupid". Apparently, Correggio had an interest and was a master of three dimensional rendering (check out his cathedral work "Duomo"). His work always had a holographic quality to it. So that made all sense in the world! Another clue! Correggio would fund the holographic project and the studio! Think big! On his off days Chris had been taking this woman to Manhattan to solidify the research of her book which purportedly contained the necessary proof needed to validate that she had the "real deal" hiding in a safe somewhere in her home. The version of the painting hanging in an Italian museum, was actually a fake. Chris showed me her book which did have a personal color photo of "Venus Disarming Cupid". It had Renaissance written all over it. I was impressed. Interestingly enough, this photo was different than the one I saw in a history book from the Huntington Library. The library book photo clearly depicts Cupid’s heel. In the woman’s Correggio, the heel of Cupid’s foot is not evident. In fact, this woman also came across an 18th Century metal tray from god knows where that had an etching of this painting on it. The etching doesn’t show Cupid’s heel either! So maybe there was something there. Unfortunately, when the woman went to have the painting verified scientifically by the guy who verified the Shroud Of Turin, he wanted an outrageous price for his service. The woman was turned off by this and she withdrew her dealings with this guy. What happened after that, I'm not sure. I do know that many years later I came across an article delving into the authenticity of the painting. It was titled the "Randall Venus" named after it's owner, the woman Chris helped do the research for. But nothing came of it. How annoying is that? Chris probably knows more specifically about where the painting stands today than I but he was sworn to secrecy not to talk about it. So much for secrecy.

Backdoor Records came into full swing at this point and ultimately we lost focus, never to continue Modern Voices as a group but as the name to the studio we later built in Centerport. After Nick DiMauro and I left Modern Voices Recording studios in the fall of 1991 to work for Triple Play Management, Chris still kept the name M.V.R. and applied it to his various corporations and music related musings. We still keep in contact and from time to time. I record my clients at his studio, now called "Indimusic TV" or on rare occasions have him play guitar on one of my projects. We're brothers from different mothers and our friendship looks destine to last a life time.