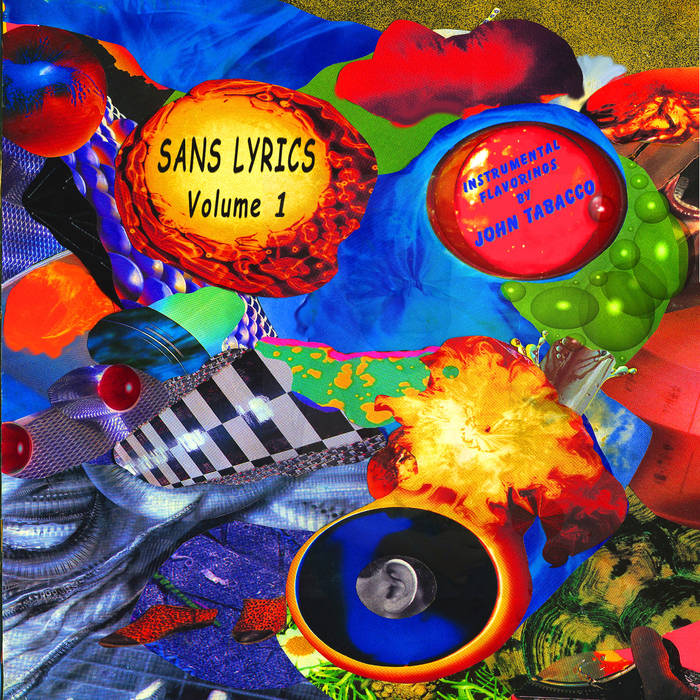 Sven B. Schreiber I already predicted before, on purchasing "Sans Lyrics Vol. 3", that I'm going to grab Vol. 1 and Vol. 2 as well - provided that they don't vanish in the black hole of my exuberant wishlist. Well, I succeeded with regard to Vol. 1! This compilation is another one-and-a-half hour firework of - partly quite Zappa-esque - private parts & pieces from various eras of John Tabacco's creative output. Be prepared for the impossible made possible, while listening, and I positively recommend reading the liner notes of the individual tracks, because they are as entertaining as the music itself. Looking forward to the purchase of Vol. 2... but now I'll say "see ya" - I'm going to delve into mysterious music madness for some time... Favorite track: Fearless Flea Trapeze.

Lyrics? What lyrics? We don't need no stinkin' lyrics! Or so says those rare breed of music consumers who fetish instrumental music. Well, if you are one of them this might be the CD for you. Pretty much with the exception of me shouting "Madison Clips!" a few times, this CD is relatively free of words and singing in general. It’s a collection of works I created by rhythmically “plooking” on whatever new keyboard happened to be in the studio at the time and then adjusting the pitches, adding harmonies to those pitches, bending the occasional guitar string, juxtaposing the odd sample and thinking up what amounts to various cartoonish ideas for a boring rainy day. There is plenty here to keep your ears occupied. In fact, most of this music was written while waiting around for music clients to turn up at the studio for a session. As you can see - many of them kept me waiting around long enough to develop some interesting ideas. I enjoy writing in this genre and there is a bunch more of it sitting around waiting for me to find the proper budget to record them. Since I've had to operate on practically no budget it's been difficult getting "real" players to help me realize these pieces. More often than not if a piece requires the help of professional musicians it's going to be a song of some sort with singing on it or the audience for it will almost be non-existent. For now, it seems to me that this kind of instrumental music (it’s not jazz, not really classical, not really rock, not quite improvisation) is sleeping with the fishes. I don’t know how many people care about it. And you know what? I don’t care either. I enjoy making it and sharing it with you like minded music lovers. If you enjoy this volume you'll surely enjoy Sans Lyrics Volume 2, Sans Lyrics Volume 3 and probably the CD “Gateways”.

Of note, the piece “Flit” got me a small article / showcase in the Discoveries section of Keyboard magazine in January of 1988.